Is it possible to render an entire scene to a shader that could pixelize the enter image?
I was thinking of how models cold look like sprites. But be perfectly 3d almost making it look like the sprite is generated in real time...

does any of this make sense? 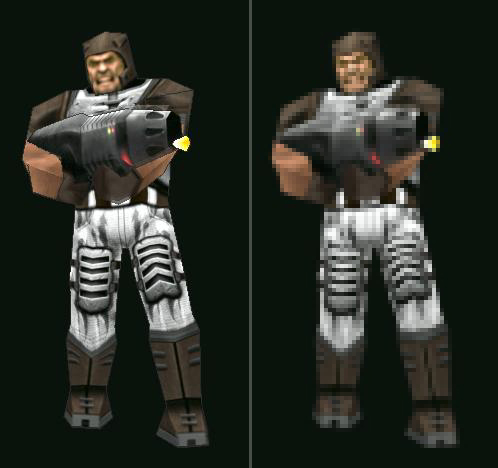 Why not just render the scene in 320x200 then scale that up as a nearest neighbor texture?


You can also try pulling this off in GLSL through a post-process shader (like in Darkplaces). There is a pixelization GLSL shader you could study in the Dolphin emulator's files.
i should not be here
Top

rook i was wondering the same thing the other day. would be cool if you could use csqc or something to emulate old rendering effects. i think it would look great maybe something similar to this http://www.indiedb.com/games/ancients-o ... yss/videos
Top
Post Reply
4 posts • Page 1 of 1