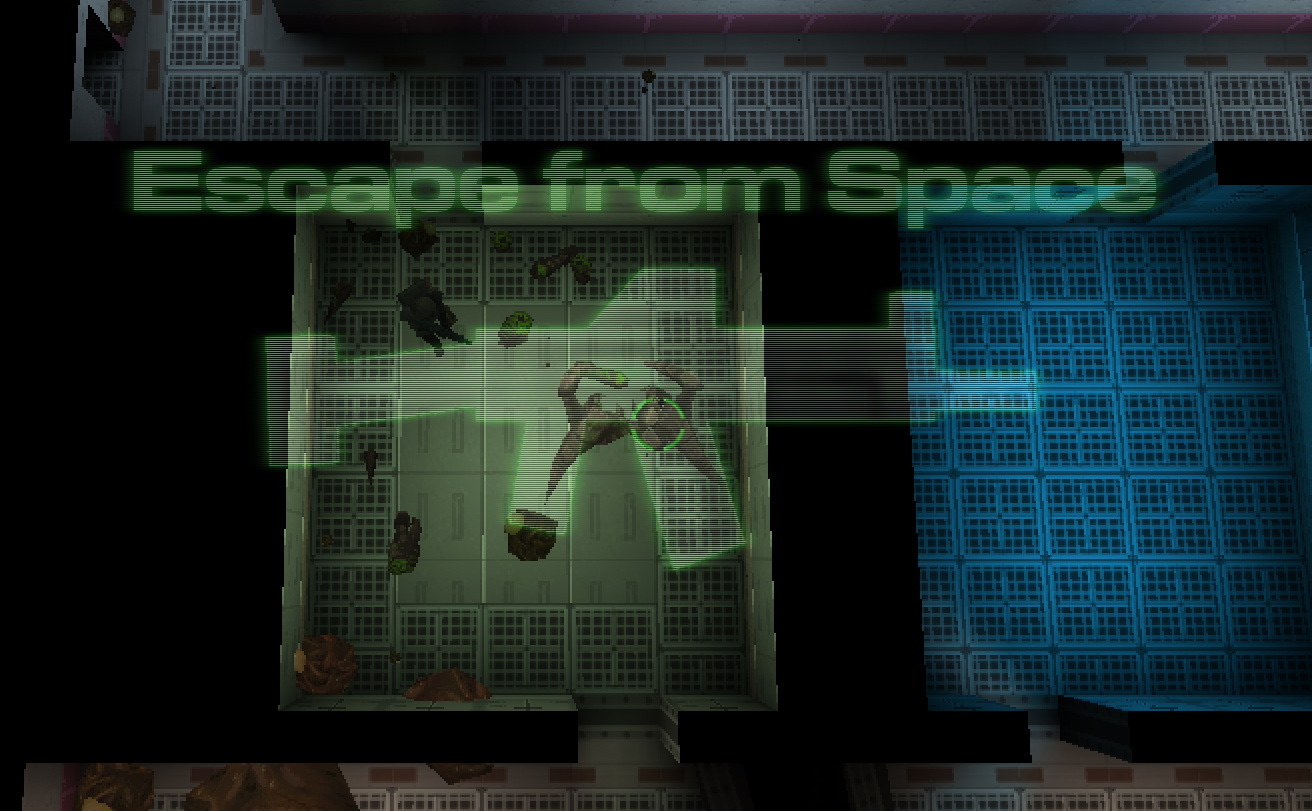 As I posted in the 'what are you working on' thread, I did a small FTEQW game fro the Ludum Dare 42 Compo. The game was made alone in 48 hours 'from scratch', meaning all the art assets were created during that time period, and the bulk of the gameplay code as well. As allowed in the rules, I did use an empty QC "template" with a basic menu utils system and the important entry points programmed in.

Escape from Space is a simple top down shooter where you play a marine in desperate need of a vacation trying to escape a space ship infested with aliens. The infestations is eating away the ship and you have to move quickly to not get consumed by it. You're equipped with a rifle to take care of smaller more aggressive life forms, and you can use explosives to clear out some obstacles.

You can find more information on the Ludum Dare compo page and downloads on the itch.io page: 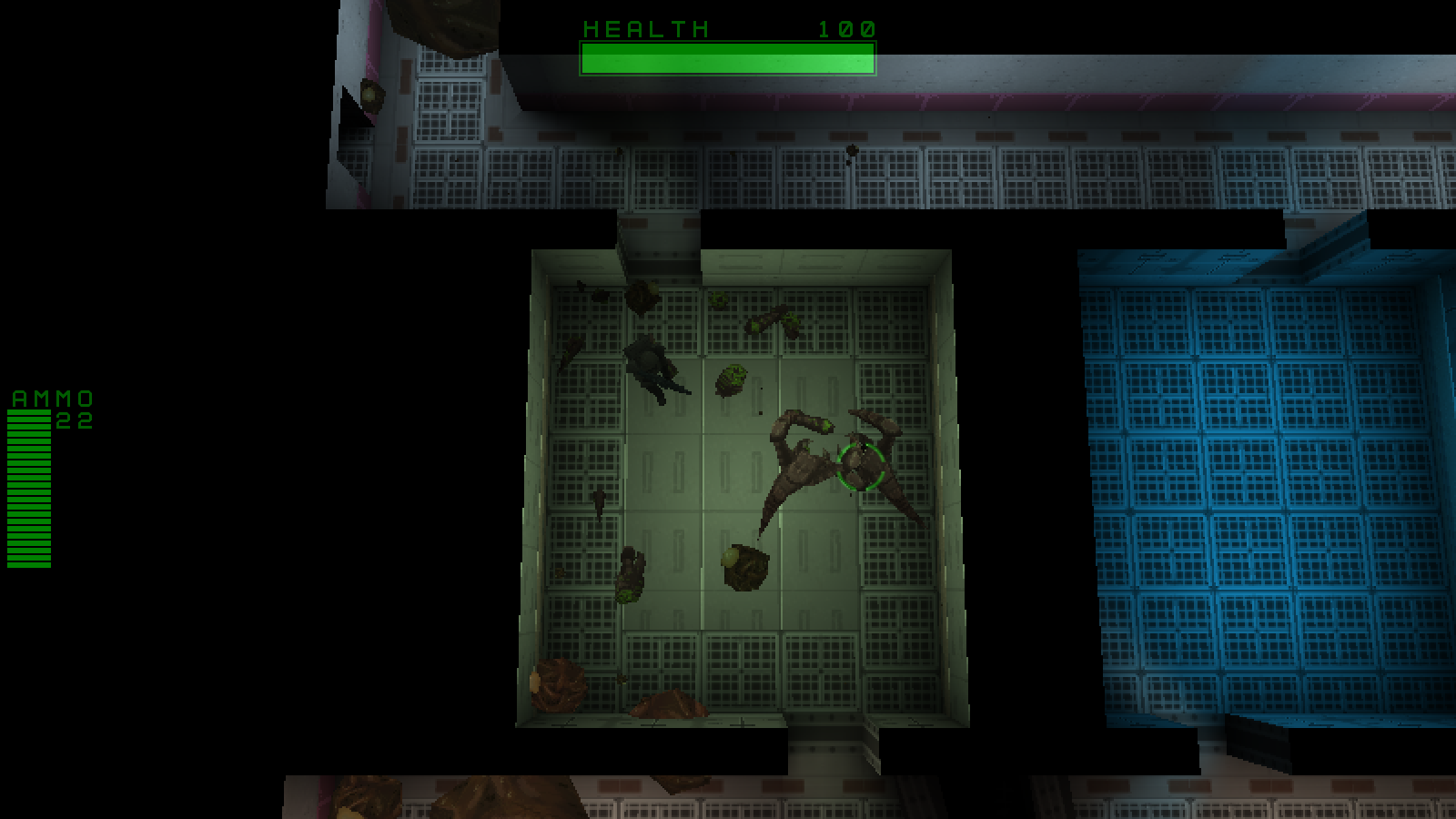 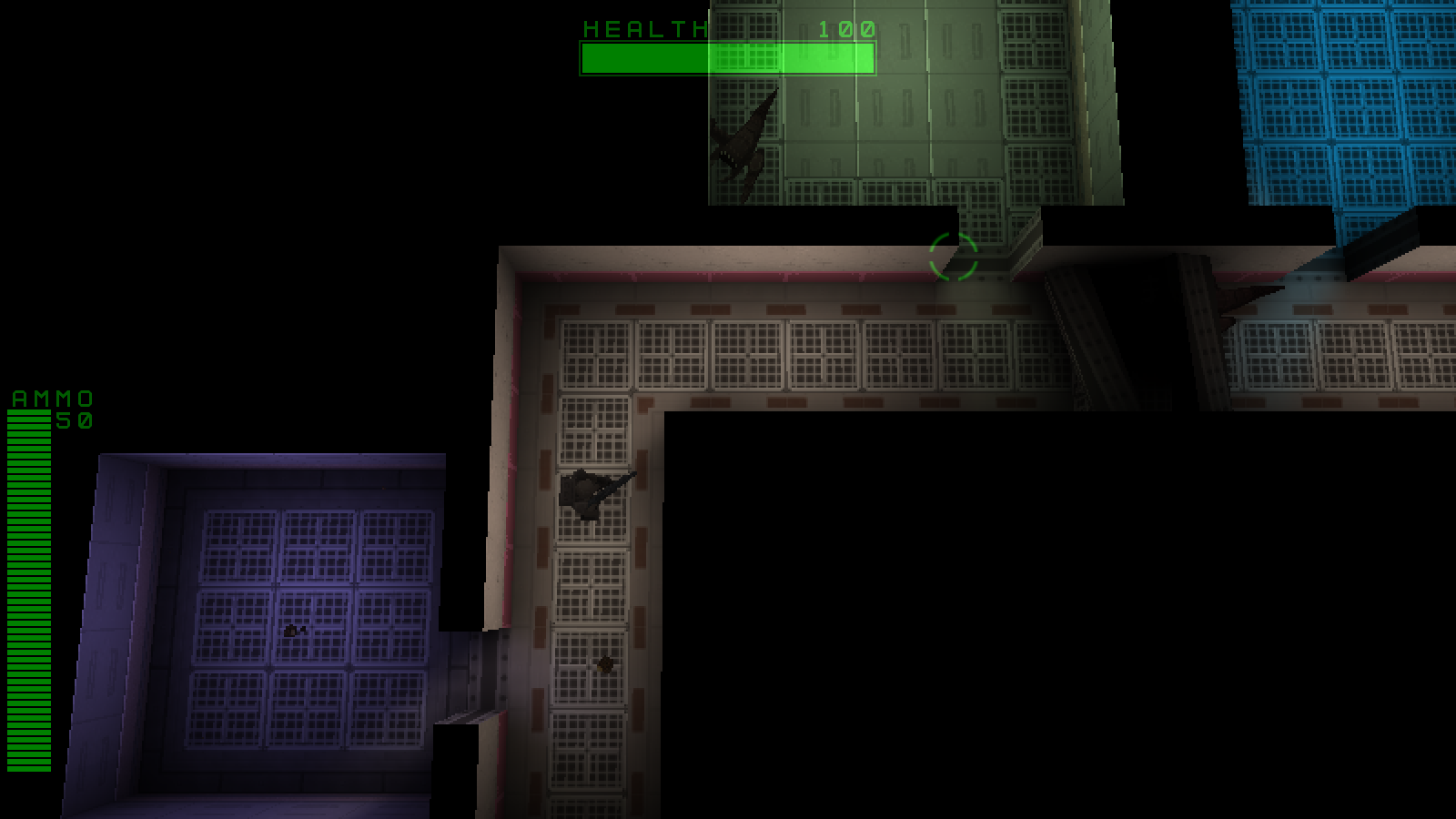 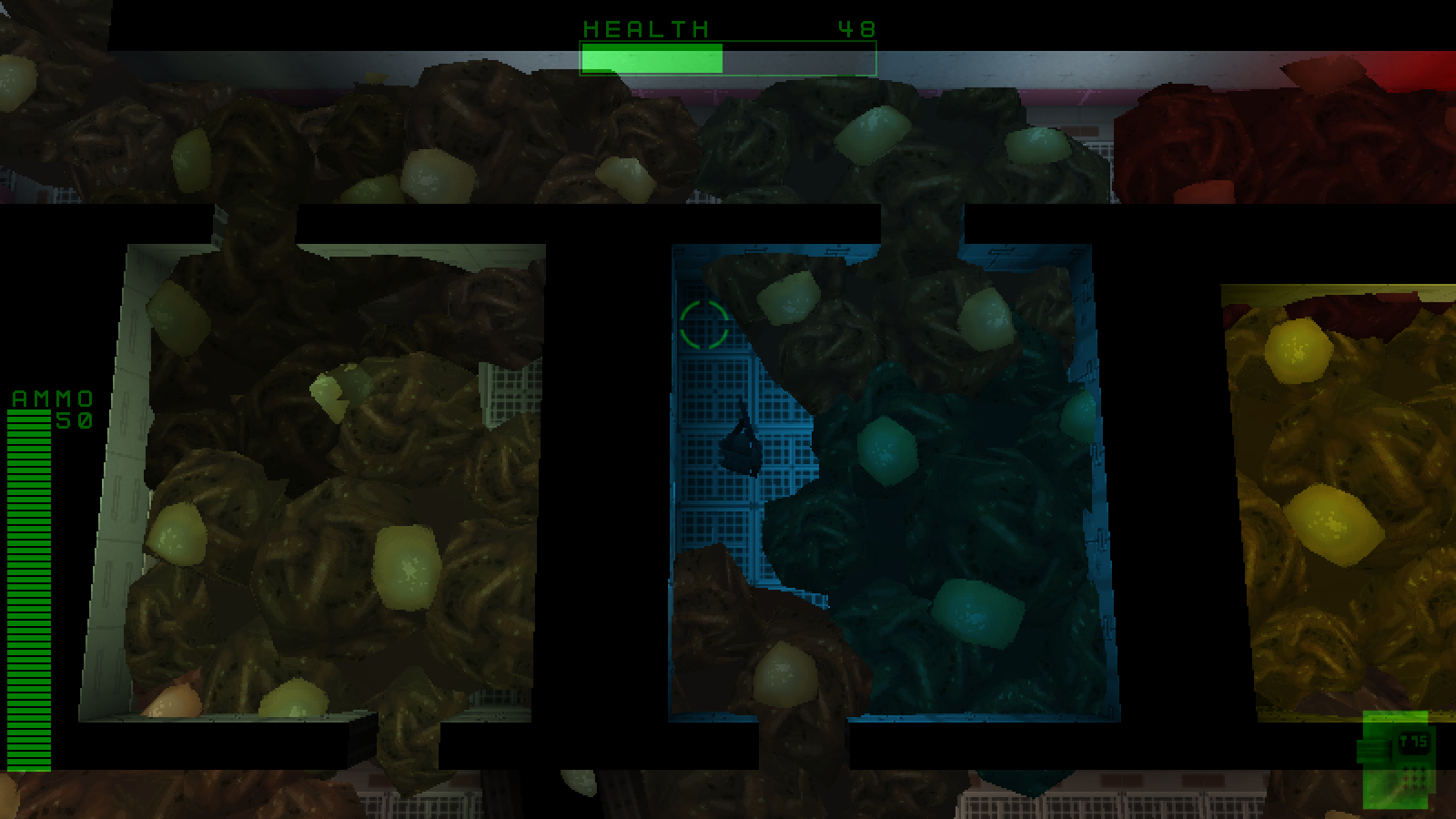 Tried it, pretty good. Alien Biomass grows too quickly, and the exit timer takes too long though. Biomass ends up growing and too many aliens come out of the ducts for me to handle.

What you can do in just 48 hours is just awesome, Shpuld! I always like your works a lot. In this game difficulty needs a little of balancing though. In first stage I tried many times to wait in the room on the bottom until the countdown reaches 0, but I've been killed every time. Like Dr. Shadowborg said, aliens are too quick and door timer is too slow. Probably it needs a re-code in that part.

Great work anyway, you proof that FTE it's a superb and understimated game engine

PS:didn't take a look at code but UI seems great too. Next time, if you want, you can use craFTEr UI for buttons, headers, etc.
- my first commercial game, made with FTEQW game engine

Yeah too hard, but otherwise quite cool!

Is it all GPL, or what license did you put the QuakeC and art assets under?

Thanks for the feedback, yeah it's a little bit on the hard side because I balanced it in the way that it was still somewhat challenging for me even after constant playtesting over many hours

Julius: I dumped the code + source assets for models on github with the permissive MIT license:

Thanks for the code (and the license)!