Don't have an issue with the cartoony suggestive theming, but that just looks so much better aesthetically, imho.

Judging by a Steel Storm: Burning Retribution material that motorsep showed me, q3map_forcemeta may be required as well?

That did something. Thanks

I'm now working hard on the single player menu interface. The UT progression works and also has trophies that appears by maps you have completed in the interface. This should also be able to unlock novelty features (for offline play, similar to the Rare/Fradical games). Unlockable characters are not possible yet, but would be hard to implement considering the whole mod compatibility thing, since mods wouldn't have access to the same features baseoa would have and would spoil all of the surprises.

No results screens yet, but you can be sure there will be a form of "YOU'RE WINNER !!" in there somewhere. Even at the incomplete state, it's already a more compelling single player than both Q3A and Q3TA and in some degree their console ports.

This is important because OA3 is based on the Missionpack interface code, which does not even provide the same single player q3_ui (classic) interface did which meant no unlockable tiers etc. Addressing this problem as early as I can helps.

bit of a random concept crap. clearly theres' a high fantasy and future tech mishmash, as I want to have both and divide them into thematic group teams 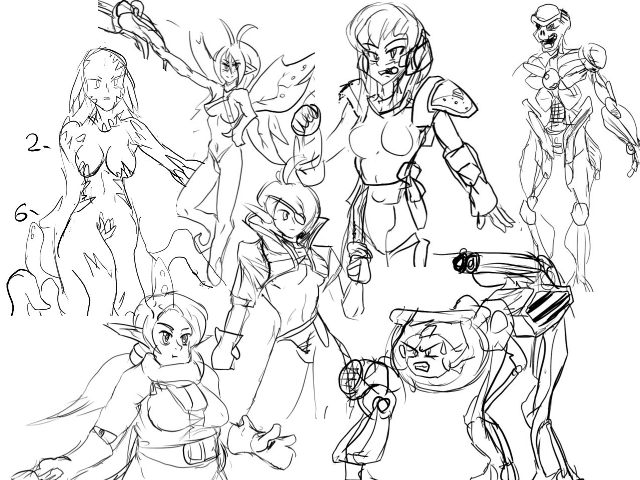 a fairy in a fps might be ridiculous, but there's a reason why people mostly played evilbastard's fairy online in Q2....
Last edited by leileilol on Thu Jun 19, 2014 12:31 pm, edited 1 time in total.

I like your style, leilei! Did you attend a drawing school? The proportions of the armored girl in the center are very good, congrats!
Directly software painted or paper + pencil and then scanned?
- my first commercial game, made with FTEQW game engine

i really like the girl on the far left for some reason.

Currently i'm trying to figure out how to modify lhtgatools/cleanup to demote a 32-bit TGA to 24-bit if the alpha channel is completely opaque since it's a waste for space, loading time and works against batch compression processes.

some game on fb using OA screenshots for advertisement?

App market is wild west scummy. Ignorance is bliss. Also, nothing to do with the OA3 reboot 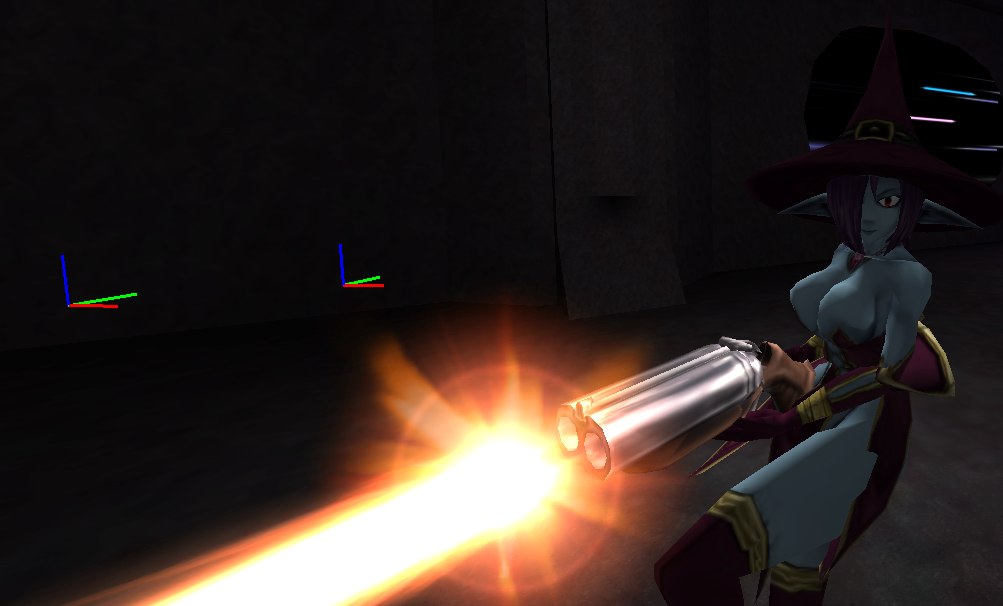 i just noticed this, but in this pic. http://leileilol.mancubus.net/crap/oa3concbunch2.jpg

is there a robot firing a shotgun out of his ass?